… and I'm a software engineer from the Zurich area in Switzerland. I love to experiment with technology and to bring new ideas to life. My passions include photography and film, just as much as game design, computer graphics, web engineering, and data science. On this website, I present some of my work in the aforementioned fields and share the newest developments in my life down in the blog section.

Feuerregen is a short movie I made in 2014. It portrays a young man who gets lost in his fantasies. When his best friend rejects his advances, he draws dangerous conclusions about her uncle.

The short is available in German only.

Through the footage of surveillance cameras, we follow the lives of two young men inhabiting a colony on the moon "B12". They were conceived by artificial insemination and grew up closely monitored by an AI they call "mother".

After one of the men discovers strangely glowing creatures floating in the air, he begins to develop a fascination for the moon and its inhabitants. Soon afterward his desire for freedom grows stronger and stronger ... 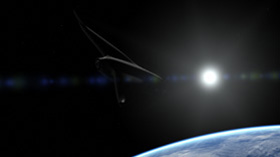 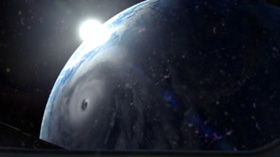 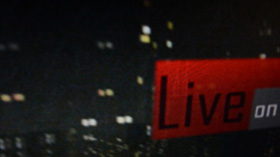 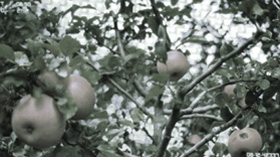 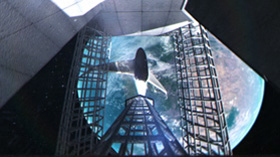 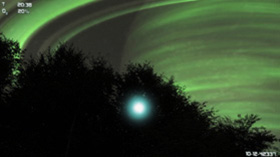 Schneckentempo ("snail pace") is a short movie I made as a school project in 2010. It portrays a passionate biker who is diagnosed with an incurable disease. The title "Schneckentempo" refers to the slow progression of the protagonist's illness on the one hand and him having to slow down as a biker on the other hand.

The short is available in German only.

In the context of my master's thesis at ETH Zurich, I implemented Campus Explorer. Campus Explorer is a prototype game that allows evaluating a set of suitable core game mechanics, social features and reward systems to motivate students to explore their university and meet other students.

Based on my thesis, I wrote a paper that got accepted at the IADIS Game and Entertainment Technologies conference 2018.

A Drone in the Dark is our contribution to the Game Programming Laboratory at ETH Zurich in 2016 and is the winner of the audience award sponsored by Microsoft.

More information, reports and the game itself can be found on the ETH website.

The Basic Renderer (bRenderer) is a cross-platform educational framework written in C++ and suited to teach basic knowledge in computer graphics.

My paper "bRenderer: A Flexible Basis for a Modern Computer Graphics Curriculum" was accepted at Eurographics 2017 as part of the Education Program. 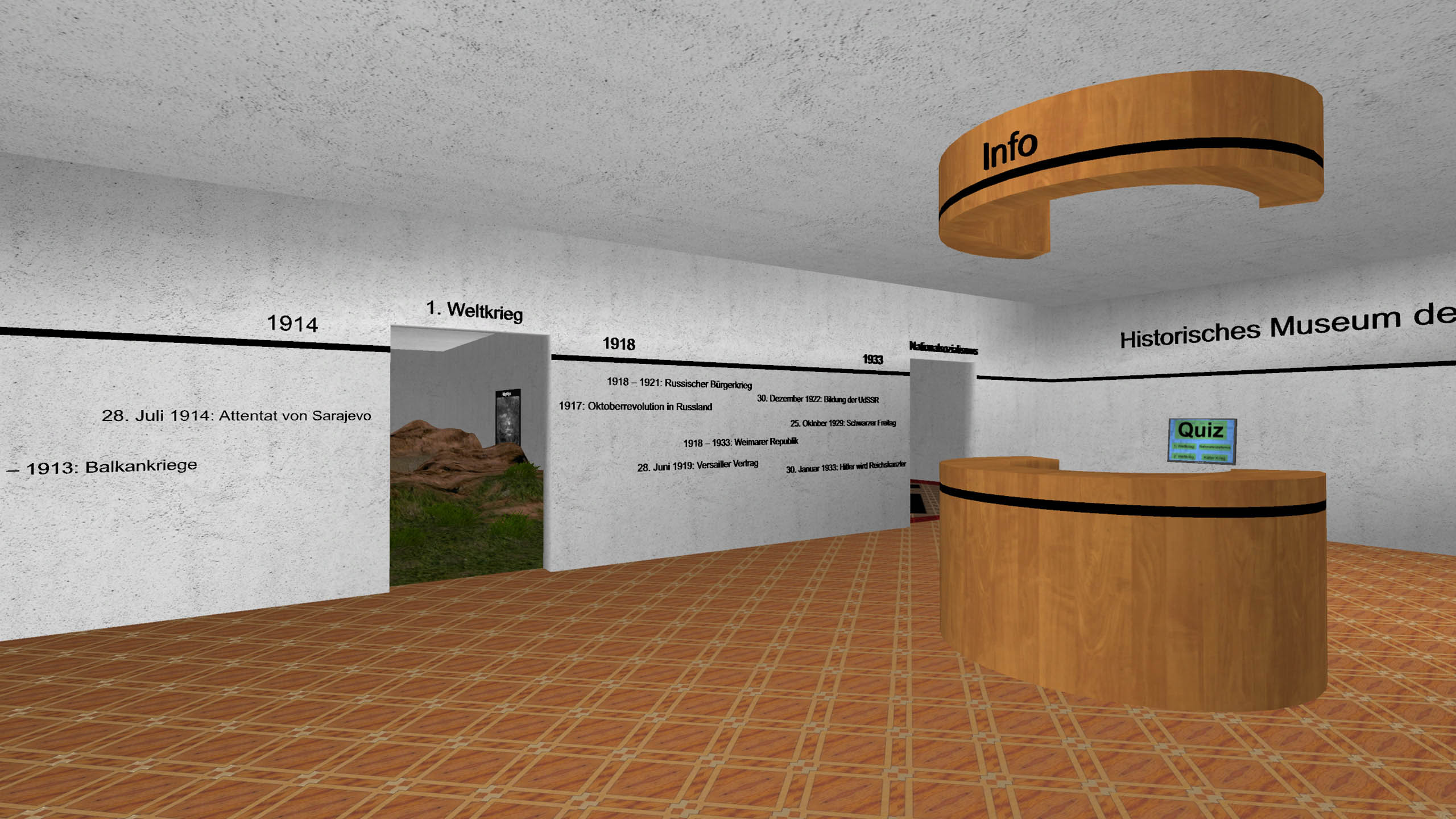 In the context of a school project, I created an interactive 3D history museum using the Unity engine. It consists of four rooms with each being dedicated to a historic event of the 20th century.

Visitors can test their newly gained knowledge in a quiz in the main hall of the museum.

After a few years of working with Kubernetes on the job, I have finally decided to get certified. I am now a "Certified Kubernetes Application Developer" and I'm looking forward to many more years of easily deploying and maintaining my software using Kubernetes.

Our paper "Real-Time Capture of Holistic Tangible Interactions" by Virag Varga et al. was published in the "Proceedings of the Fifteenth International Conference on Tangible, Embedded, and Embodied Interaction".

Today, I received the certification "Certified Professional for Software Architecture" from iSAQB.

Every year in fall, I visit relatives in the beautiful mountain valley of Lötschental in the canton of Valais in Switzerland. In the context of this year's redesign of my website, I added some of the most stunning impressions of the valley and its surrounding mountains to the landscape section of my photo gallery.

In the past few months, I had the opportunity to deepen my knowledge about data engineering and to gain proficiency with products and workflows to process data in the Google Cloud. Today, I'm happy to announce that I received the certification "Google Cloud Platform Certified: Professional Data Engineer" as a reward for my efforts.

IT Consultant at ipt

In October 2018, I joined Innovation Process Technology AG as a consultant. At my first customer, a large Swiss financial institute, I already took full responsibility for the automation of the digital customer onboarding process.

In my second mandate, I was part of a team operating the Red Hat Single Sign-On platform. The platform was vital for the customer as both employees and ticket machines relied on it.

More recently, I have joined a large Swiss health insurer to establish a new distributed integration platform based on Red Hat Fuse, Apache Camel, and OpenShift.

After finishing my master's thesis, I had the opportunity to stay at the ETH Game Technology Center for another exciting project. In collaboration with Disney Research, I was part of the development of a paper about enhancing augmented reality (AR) experiences using body channel communication. My responsibility was the development of AR applications demonstrating the capabilities of the technology being developed at Disney Research. I implemented the applications using Unity and Vuforia running on both Android and Microsoft HoloLens.

Master of Science UZH in Informatics

After completing my master's thesis on facilitating student communities through gaming, I had the opportunity to write a paper about the topic. My paper titled "Campus Explorer: Facilitating Student Communities through Gaming" was accepted at this year's IADIS Game and Entertainment Technologies conference. It is available in the IADIS digital library.

My paper "bRenderer: A Flexible Basis for a Modern Computer Graphics Curriculum" was presented at Eurographics 2017 as part of the Education Program.

In the context of the computer graphics lecture at ETH Zurich, I implemented a path tracer (based on the Nori framework). To demonstrate the features we implemented during the semester, a contest was held among the about 50 students taking the lecture. This year's theme was "Once Upon a Time" and my render, showing a hand-modeled ruin in front of a forest, was ranked second.

Audience Award for A Drone in the Dark

Our game "A Drone in the Dark" won this year's audience award at the ETH Game Lab. The prize was sponsored by Microsoft and consist of an Xbox One including four controllers. Many thanks!

I just released my newest short movie "Feuerregen" about a young man who gets lost in his fantasies.

My short movie "Trabant B12" was nominated at the Academy Shorts short film festival this year. I'm looking forward to seeing it on the big screen!

After five teaser episodes, my short movie "Trabant B12" is finally available on YouTube.

My short "Schneckentempo" will be presented at this year's Academy Shorts in Fribourg.

An essay about life on a faraway planet.

The first episode "Prologue" was nominated for the Camgaroo Award 2012!

Additionally, the episode got nominated for the AFF-Award 2012 by the "Amateurfilm Forum" community.

The first four episodes of Trabant B12 are now online.

In the B12 browser game, you can take control of the space ship Mayflower and try to reach the moon B12. But pay attention to the schedule and your fuel reserves!

Update: Unfortunately, the Unity Web Player does not work anymore in modern browsers.

The human race is soon to be extinct and the only way to preserve our heritage is to discover new planets. Yet it is still impossible to travel at light speed and no living being could ever arrive at the only place suitable for humans to survive and within reach for a spacecraft.

Therefore, scientists send the human genome on its long journey to a small moon called “B12”, where people are born and raised by machines. Yet life on B12 is not what they expected it to be ...

For my history class, I created a small history museum about the most important events of the 20th century. This way, students can explore history in a gaming context making it more fun and interesting at the same time.

In the context of my final project for school, I just finished "Schneckentempo". It is a short film about a biker who is diagnosed with a fatal illness.